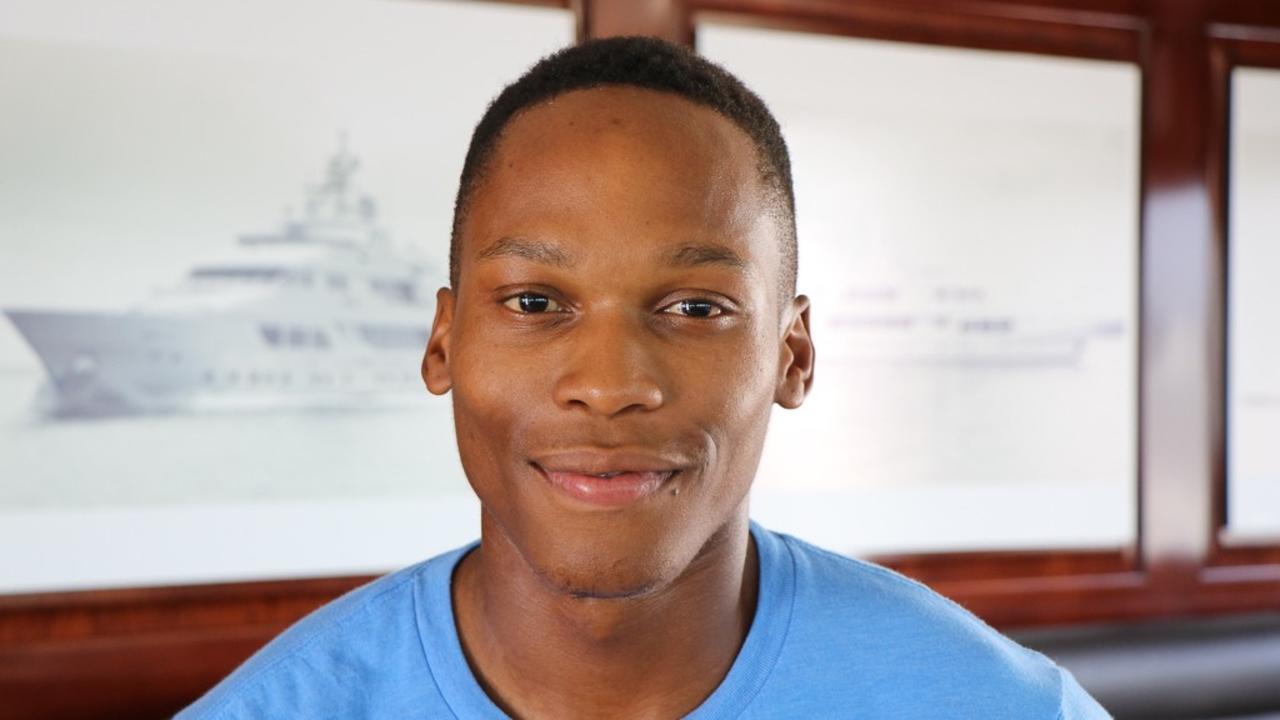 We’re back with another fantastic interview, this time with Sello -- a young man from South Africa who seized the opportunity to create a life of adventure for himself.

Sello grew up in Johannesburg, where he worked as a hairdresser. But after a few too many times meeting great people with exciting stories to tell, whether of travel for business or pleasure, Sello realized he wanted to be the one telling the story.

Here’s his take on breaking into the business, the need to take the risk, and how he’s seen the yachting community evolve.

Sello, you’ve got a great story of making a big life change. How did you make the leap from cutting hair to working on a yacht?

Once I decided that I needed a change from doing hair, I started researching for work abroad. I came across a few options -- working as a flight attendant, or teaching in Asia, or the Middle East - and then I saw yachting.

It sounded interesting, and I learned there were some training schools in Cape Town and Durban, so I could get started without having to immediately travel too far.

I did my STCW training, fell in love with the ocean, then just took a big leap of faith, flew to U.S. and started working.

What were some of the challenges you overcame to get started?

You have to spend on the training and basic courses to get started, so having some funds saved up is important.

But once you start to work consistently, over time, you can make a good amount of money. It can be hard, but you have to take the long view.

Another challenge, to be very honest about it, is some of the old attitudes in the industry, particularly among some of the older captains or yacht owners. While there’s been a lot of change, there are still some owners or captains who are most concerned about a certain look for their crew.

If you’re not blonde, or fit, or if you’ve got more pigmentation in your skin, you may not match the image they want for their boat. It has been a real problem in the industry in the past, but the good news is that there’s a much larger trend amongst captains and owners who are more open, and just want the best person for the job, no matter their heritage or appearance. But just getting started, it’s something to be aware of as some people do still encounter this problem. 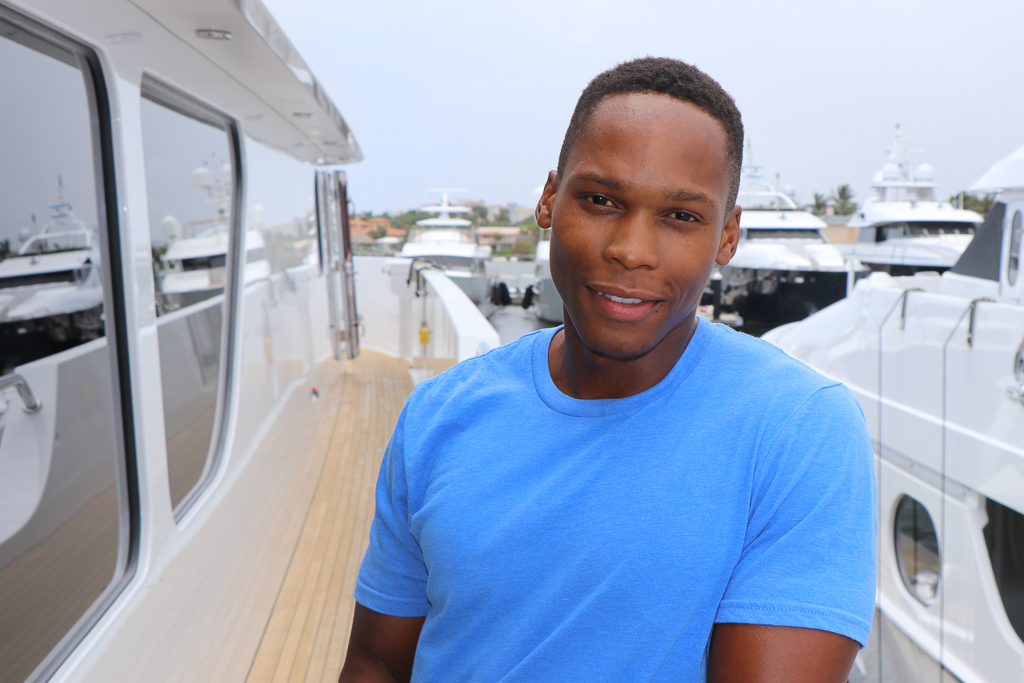 One thing that works in my favor, though, is my choice to make this a career. I’ve seen a bunch of younger kids that pop in and out of the lifestyle for a year or two, making some money and then going back to their studies.

For people like me, who make it a career and work toward being a captain, it can be frustrating to deal with these short-term workers, but it does set you apart once you’ve worked onboard for a few years and shown your skill and dedication.

What do you like best about deck work? What is the hardest part?

It’s great working with your hands on the deck. And as a bosun,  you have more responsibility and you’re managing the team a bit more. It’s a nice intermediate place to be because you’re not the boss -- but you’re there to motivate the team of deck crew and keep things on track. You’re a bit like a mascot - helping everyone to do their work better, and quicker.

The other thing I enjoy - not just about deck work so much, but working on smaller yachts, specifically, is that it’s not very hierarchical, not really focused on rank. I’m not into hierarchy or people who are very driven by their egos. And that’s something I’ve found in common with a lot of other yachties - we all have this sense of equality and like to have a friendly, positive working environment.

What’s one thing you wished you had done, or known, before you started your job?

I wish I’d had more information -- about the cost to do the initial training, and how to get started, where to focus on building my network and the most effective way to find your first job.

It’s not like most jobs, you can’t just submit an application online. I just relied on google to figure out what I needed to do, but having a resource or talking to someone about where to go and what to do can really help you get started.

What advice would you give to someone who is preparing for their first job and getting started with dockwalking and interviewing?

I’d tell them how important it is to be out there and network.

Once you have the initial training and the courses, It’s really about socializing. I’d also remind them that being out and networking doesn’t mean you always have to drink.

It’s important to keep your name clean, but be out and about and be seen and connect with the other yachties. It’s about reputation, for good or for bad. Your job might come about because of someone you know who hears about a new position coming open, and thinks you’re a good fit.

What’s your favorite destination so far?

I’d have to say Italy, down around Positano and Capri.  I love mountains, and this area has a lot of mountains. I love to snowboard so the mountains always call to me, no matter the season. When I was in Italy in the winters, I was able to go on weekends to snowboard, which was great.

Croatia is top on my list of places to go and I want to eventually go to the South Pacific -- Fiji, Papua New Guinea, to go scuba diving and exploring.

What’s your one must-have on board?

It’s so important for me to make time and space to train. Personal fitness is more important than anything else, for me. When you’re working onboard, you have to make your own routine and keep yourself fit.

Whether it’s fitness or something else, it’s critical to make that time to take care of yourself. You’re working hard, living in close quarters with the same group of people, and you haven’t seen your family and friends in awhile, so you need to find a way to break the routine and recharge your batteries.

Any parting thoughts you’d want to share with our Insiders?

I’d tell them it’s important to do the research on what they need to do to get started, and then to be really focused on building their career the right way and not taking shortcuts.

This is particularly true with visas and documents.

It’s become harder to get the visas to come to the U.S. and harder to renew visas. Some people are tempted to try to find a way around it.

If you’re serious about making this a career, do it the right way, do it legally and follow the laws and rules where you are.

Try to keep everything tidy. 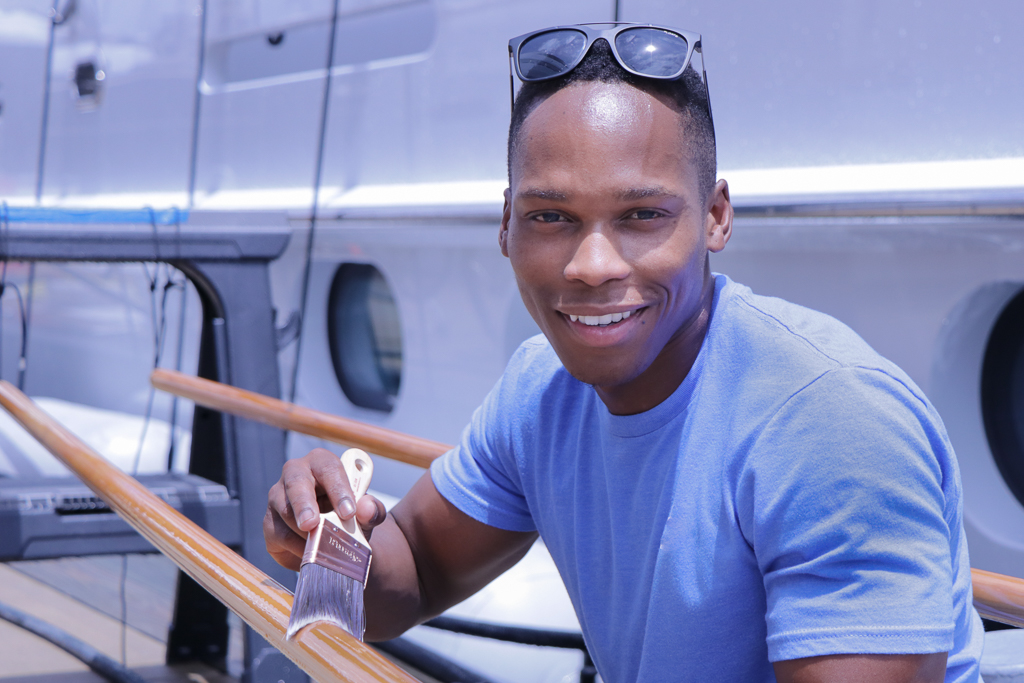 Thanks so much, Sello - it’s been great to hear your stories and we wish you all the best on your continued yachting adventure!

Are you ready to take the leap and start your own great story of adventure? FreshYacht will be there to guide you at every step of the way. 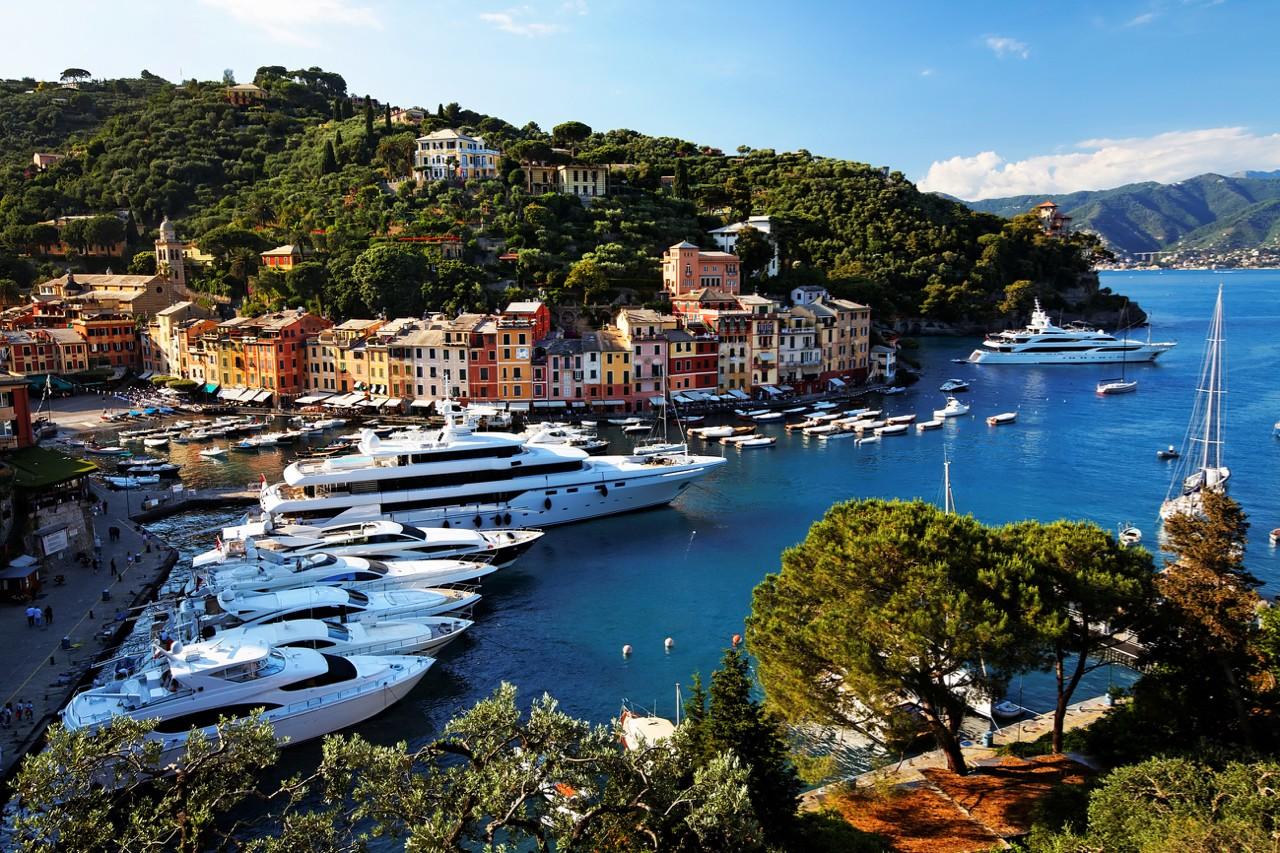